Home  /  Innovation • Product Design • Science   /   Why a Startup is Like a Science Experiment
May 3, 2011December 3, 2019 wpadmin0 commentsInnovationProduct DesignSciencecustomersexperiments. productshypothesisiterationsMarketingProduct Designsciencetheory 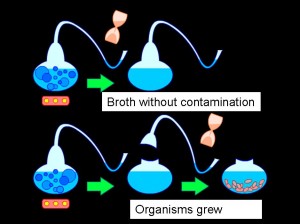 There are many similarities between a startup and a science experiment.  A science experiment starts with a hypothesis – or a theory of how the world works. The experiment is designed to test that hypothesis.   The hypothesis is based on certain assumptions – usually based on existing knowledge or an existing world view  – and it makes  some  predictions based on those assumptions and knowledge. Your experiment is considered successful if the outcome agrees with the prediction. Your hypothesis is confirmed and if it is considered a  new way of explaining how  the world works,   you may even get a paper published in a prestigious journal.   The experiment is considered a failure if the  outcome does not agree with the predictions. In this case,  there are several possibilities – there could be a  flaw in your experiment, or your hypothesis may be  incorrect,  or there may be a flaw in your current knowledge or world view. If you find there is a flaw in your experiment you can redesign it and repeat it carefully.  If  your hypothesis  is wrong,  you need to go back and make some changes or adjustments to it.  Once you make changes to your hypothesis, you repeat the experiment to test it again.   If repeated iterations of this process result is failure you discard your theory and move on .   It is also possible  your knowledge base or world view itself  is  flawed.  Although this  is rare in science  it  does occur.  For example when the Michelson Morley experiment failed to confirm the prevalent ether theory for the speed of light, it resulted in a shift from the  classical Newtonian world view to  relativistic world view formulated by Einstein .   A major flaw in the current base of knowledge or world view  is what results in  paradigm shifts.

Let us now examine how startups work.   A startup also starts with a hypothesis – or a theory of a need or a gap in the market.  Your product idea is  really a hypothesis about how to fill the need.   This is based on certain assumptions – usually based on a knowledge about the market, its customers, their pain points and what they need.  You predict (and hope) that the product will succeed because  it fills a gap or satisfies a need in the market, and make other predictions about sales, market share, and profits.  The product is considered successful if the market responds positively and accepts it. Your hypothesis is confirmed and if it is a significant new way of addressing a big problem,  you may even get funding from a major investor or venture capitalist.  Your product is considered a failure if the market rejects your product.  If there is a flaw in your product, you can fix the flaws and try again.  If it is your hypothesis about what the market needed that is wrong, you need to go back and make some changes or adjustments to it.  Once you make changes to your hypothesis,  you design the product to test its market acceptance again. If repeated iterations of this process result in failure you discard your hypothesis and move on.

Of course, this is a highly simplified description of how science  works and certainly an idealized version of how startups ought to work.  However, the simplification is deliberate as it captures the essential elements  to clarify the analogy.  It is a useful analogy. Every product is an experiment that tests a particular hypothesis.  Once we start viewing  it this way,  it becomes much easier to accept that our product may fail because our hypothesis is wrong.   Creating a successful product essentially requires starting with a hypothesis and then repeatedly iterating the product design and adjusting our hypothesis till we reach market acceptance. Sometimes your product fails because of some inherent flaw in your model or knowledge of the market – or paradigm shifts.  For example,  the move from desktop to the cloud occurring now is a good example of changing market dynamics.  If you are designing a product based on assumptions and a worldview restricted to the desktop,  it may fail if  the market  is migrating to the cloud.

So if you an entrepreneur it may be useful to consider yourself  as  a  scientist conducting an experiment.  You can only know if your idea or hypothesis works by doing an experiment –  launching your product.  And remember to watch out for those pesky  but easily overlooked paradigm shifts.

← Watson’s Triumph in Jeopardy: A Loss for Humans, A Win For Humanity! Circles – Google’s Big Idea (and Mine too)! →