Watson’s Triumph in Jeopardy: A Loss for Humans, A Win For Humanity! 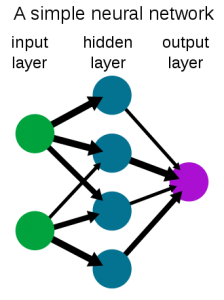 Like millions of others, I watched  as  humanity’s best players were  trounced on the  US TV quiz show Jeopardy! last night by a computer system named Watson built by IBM.    I was fascinated by Watson  – as  it rekindled my interest in Artificial Intelligence (AI) first cultivated in graduate school.  I recalled my own early attempts to write a program to play backgammon (developed in LISP and  APL,  and it was actually pretty good at the game), and another one to advise undergraduate students on course selection (developed in LISP) .   They were great fun and taught me a lot about  how AI works.   So in honor of Watson and to humor my own interest, I  decided   to write a series of blog posts covering both Watson and AI in general.   So here we go –  here is the first of these posts.

The buzz in the media and blogosphere was intense at the start of the three-day  tournament which pitted record-setting Jeopardy champions – Ken Jennings (who has won a record 74 consecutive games in 2004), and Brad Rutter (who has won the most money – $3.2 million), against Watson.  After all, this was shaping up to be  the ultimate Man vs Machine contest in a task that certainly required human intelligence and knowledge to excel at.  The last time a machine had outdone humans at a similar  task was when Deep Blue – another supercomputer from IBM – had defeated the reigning  World Champion, Gary Kasparov in a chess match  more than a decade ago.    However, while  chess is certainly  a complex  game it is still defined by a fixed set of simple rules and logic – tasks that  that  computers can be programmed to do relatively easily.  Jeopardy however is very different from chess.   For those who are not familiar with Jeopardy  – it is a fast paced quiz show covering a very broad range of topics including art, celebrity, geography,  history, literature, movies,  science, trivia – in other words pretty much anything under the sun!   And the clues often use puns, wordplay and metaphor;  so doing well at Jeopardy  requires  not just vast general knowledge  but also the ability to parse the subtleties of natural language – not easy to program a computer to do.   Jeopardy  also rewards the player who buzzes in the answer first – so speed is equally critical to success.

This was the grand challenge before the  expert team at IBM that worked on Watson for more than four years.  Although I loved the technology and am a big fan of AI,  I must say that I was rooting for us humans in  this showdown.  And do admit to  feeling a twinge of sadness that in the end our most precious asset – that gelatinous 3 lb mass of protoplasm evolved over a million years  was no match for 3000 cores of silicon programmed painstakingly for 4 years by 25 humans (each equipped with the very same 3 lbs of protoplasm), aided of course by a lightning fast steel “thumb”.   Watson was so impressive that  I actually half-expected it to intone in its monotonic voice,   “Elementary, my dear humans!”  (would have probably freaked  us all out,  but been fun if they had programmed  Watson to say that!)

It certainly is a big breakthrough and a milestone for Artificial Intelligence.  It finally delivered on  one of the earliest promises of A.I – of building a machine to match the human brain (albeit in a limited domain).    Granted it was only in  Jeopardy – a quiz show –  but it was still  a very  impressive achievement for a machine.  Although humans lost against Watson, humanity really scored a big win because Watson advances the state-of-the-art in AI research and pushes the limits of what is possible with computers.  As information and knowledge explode like never before,  we need better and more powerful tools to process and make sense of  it all.  We need our computer systems to assist us  in mining petabytes of  data intelligently for the answers to our questions.   Technologies like Watson are exactly what we need to solve complex problems in fields like science, medicine, health, law and maybe even in internet search.

← Computer Languages: In Search Of The Perfect Rapid Application Development (RAD) Language/ Tool Why a Startup is Like a Science Experiment →